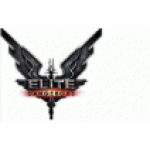 Save money whilst shopping with Elite Dangerous cashback! Simply click get cashback, shop as normal and earn rewards in your Quidco account.

Take control of your own starship in a cut-throat galaxy.
Start with a small starship and a few credits, and do whatever it takes to get the skill, knowledge, wealth and power to stand among the ranks of the Elite.

Elite: Dangerous is the fourth in the Elite series of games, following on from the seminal 1984 Elite, developed by David Braben and Ian Bell, 1993’s Frontier: Elite 2, and 1995’s Frontier: First Encounters.
Players are free to throw themselves into the story wholeheartedly, participate a little, or not at all. How players choose to respond will directly affect the outcome of the current events, and the unfolding story beyond.