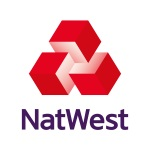 To apply, you must be a mainland UK resident, 18+ and earn at least £10K per year. Annual fees apply.

Together these banks could trace their history back down the centuries through a lineage of prestigious constituents, dating back to the 1650s.

The announcement completely surprised the City and the public, but to both banks the advantages were apparent - the merger enhanced balance sheet strength, created opportunities to streamline the branch networks and enabled greater investment in new technology. The statutory process of integration was completed in 1969 and National Westminster Bank commenced trading on 1 January 1970, with the three-arrowheads symbol as its logo.

The new bank, with 3,600 branches, developed a wide range of new services, including the bank's first credit card, Access, in 1972, and computer-linked cash dispensers, Servicetills, in 1976. Deregulation in the 1980s, culminating in 'Big Bang' in 1986, also encouraged National Westminster Bank to enter the securities business. County Bank, the Group's merchant bank, acquired stockbroking and jobbing firms to create NatWest Investment Bank. Meanwhile, the International Banking Division looked to provide international banking services to large companies and to focus on expansion in the USA, the Far East and Europe.
In the 1980s new services were developed such as telephone banking and touch-screen share dealing to assist the government's privatisation programme.

The 1980s also saw the National Westminster Home Loans established in 1980 and the Small Business Unit in 1982. The Switch debit card extended the electronic transfer of money to point of sale in 1988. In the 1990s financial services markets world-wide underwent massive change and in response the bank refocused its activities, exiting from a number of markets and adopting the title of NatWest.
In March 2000, The Royal Bank of Scotland Group completed the acquisition of NatWest in a £21 billion deal that was the largest take-over in British banking history. NatWest is now part of one of the world's largest financial services groups.

Quidco uses cookies to improve your experience, performance, advertising and track your purchases. You can manage this via your browser settings at any time. Please note, if you choose to reject cookies, you will not be able to earn cashback. To learn more, please see our Cookie Policy