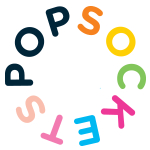 In 2010, our founder was looking for a way to stop his earbud cord from getting tangled, and he achieved this by gluing two buttons to the back of his phone and wrapping the earbud cord around the buttons. As ugly as the buttons were, they worked. In the course of improving on the idea, he developed about 60 different prototypes, making the buttons expand and collapse via an accordion mechanism, so that they could function as both a stand and a grip.

Two years later, in 2014, Barnett launched the business out of his garage in Boulder, Colorado, and has subsequently sold over 40 million PopSockets grips around the world.

Quidco uses cookies to improve your experience, performance, advertising and track your purchases. You can manage this via your browser settings at any time. Please note, if you choose to reject cookies, you will not be able to earn cashback. To learn more, please see our Cookie Policy