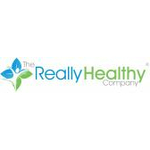 Save money whilst shopping with The Really Healthy Company cashback! Simply click get cashback, shop as normal and earn rewards in your Quidco account.

About The Really Healthy Company

The Really Healthy Company Ltd. is a London-based natural health shop specialising in the introduction and distribution of leading-edge and research-based nutritional supplements into the UK and Europe.

The Really Healthy Company's mission is to restore the natural balance... from the inside out.

The Really Healthy Company is a London-based natural health shop specialising in the introduction and distribution of leading-edge and research-based nutritional supplements into the UK and Europe.

Today, their product range is still relatively small, but they now have a large and loyal customer base, which includes many high-profile practitioners (including medical doctors), clinics and shops, and their products are available in some of the leading trade catalogues.

One of the brand's leading products is their Klamath Blue Green Algae, the most nutrient-dense greenfood for those seeking optimum health. It is championed by Hollywood film stars and athletes alike, garnering strong media attention from the likes of Newsweek Magazine, describing it as one of the fastest growing items in the health foods market.

Other leading products include:

A naturally fermented live gut reconditioning probiotic supplement that helps to optimise the bacterial population profile in the gastrointestinal tract. It is a high-quality biodynamic version of Professor Higa’s effective microorganisms that uses organic fermentation ingredients, including many wild Alpine herbs, to produce exceptionally high quality effective microorganisms — up to 80 different kinds of them. The result is a probiotic action unlike the conventional freeze-dried varieties.

AlphaCurcumin Plus is a natural anti-inflammatory formula unique on the market and very popular with healthcare practitioners being the leading curcumin product much developed than regular, standard curcumin supplements. It is also very helpful for Antioxidant protection, prostate support, nervous system support, inflammatory conditions, joint support, allergies and hay fever.

Additional ingredients added are enzymes, quercetin and algae in order to enhance further the anti-inflammatory benefits of this curcumin product. And this is done so without using unnecessary excipients and fillers. The result is a supplement that is superior to those that contain curcumin alone.

The main issue with curcumin is that it has a very poor oral absorption due to its low water solubility and sensitivity to stomach acids. And the tiny amount that is absorbed is quickly metabolised in a process called glucuronidation which makes it water-soluble and thus it is easy for the body to eliminate through the kidneys and bile. As a result, the full benefits of curcumin are not realised - too little is absorbed, and it stays in the body too short a time.

As a solution to this problem has been found which is finely mixing the curcumin with lipids, as curcumin is fat-soluble.

The first generation used a powerful curcumin extract mixed with curcuminoid oils that claimed an increased absorption of 7x or 700%. The second used a proprietary phytosomal phospholipid-curcumin complex with claims of increased absorption by 29x (2900%) or more. This was thought as the ultimate at the time, and then Longvida® Optimized Curcumin was found that blew everything else out of the water. Not only does it have even higher absorption including to the brain, it also stays in the system longer whilst effectively distributing its potency throughout the body.

The relaunched version of this uses a proprietary curcumin extract significantly more effective than even the phytosomal curcumin in the previous batch manufactured. This supplement is suitable for vegetarians and vegans.

Flowease optimises bladder control and emptying as this is a huge problem for men as well as some women. It was discovered that a Swedish research had found that rye pollen extract was able to achieve this. It provides the Phyto-nutrients which are necessary to help our bodies maintain bladder health and stability.

As it contains specific phytonutrient combinations it helps older men and women if they need to visit the toilet more often - especially during the night. Which means it is also helpful for older men who find difficulty in urinating and women with other various urinary conditions/issues.

Possible allergen is pollen. However, this product is not likely to cause any allergies as the allergenic proteins are removed in the manufacturing process. It is suitable for vegetarians and vegans.

The raw product has not been pasteurized also does not contain additives, preservatives or colourings, and only undergoes filtering to remove impurities. Also, the beehives are situated in a naturally protected environment, with a minimum radius of 3 kilometres away from any kind of contaminants, which creates a very high quality, clean, fresh and organically certified product.

Most royal jelly in the market is not organic. Therefore, it took a considerable amount of research and time to find a reliable organic source.

It is important for optimum thyroid function and for blocking out unhealthy forms of iodine. Lugol’s mixture of iodine and potassium iodide in water can be used as an antiseptic and disinfectant. Since then, it is considered the safest source of the element iodine.