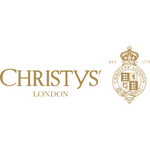 Save money whilst shopping with Christys' London cashback and voucher codes! Simply click get cashback, shop as normal and earn rewards in your Quidco account.

Christy & Co Ltd has been manufacturing fine hats in England since 1773 through eight generations of the Christy family and across nine reigns of British royals starting with King George III.

Christys is the only company in the world still making high quality top hats and bowlers in the traditional way, using hatting skills established over 200 years ago and keeping a valuable British industry very much alive.

10% off your purchase when you use our code

The Christys’ London® brand was established by Miller Christy in 1773 who, following his apprenticeship to a hatter in Edinburgh, created his own company which was to grow over several generations.

Christys’ place in history was assured when Prince Albert started wearing the company’s top hats in the 1850s and Christys has supplied hats of many styles to members of the royal family ever since. Miller Christy set up his first partnership with fellow Quaker, Joseph Storrs at No.5 Whitehart Court, London. This was where the first Christys' hat shop was opened, moving later to Gracechurch Street which remained the London address of the business until 1954. The main hatworks however was in Bermondsey until partnerships with Stockport manufacturers took place in 1824.

Christys’ Hats has amassed years of skills with unparalleled workmanship and individual attention to detail. Today, Christys offers a collection of men's hats and women's hats ranging from formal, to fashion and sports hats. With an impressive selection of the highest-quality hats providing something for everyone for any occasion, Christys’ Hats are found in magazines, on television programmes, in films, at equestrian events and at the most fashionable of weddings.