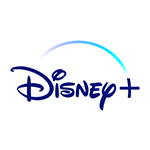 Save money whilst shopping with Disney+ cashback! Simply click get cashback, shop as normal and earn rewards in your Quidco account.

Disney+ is the dedicated streaming home of Disney, Pixar, Marvel, Star Wars, National Geographic and Star. From hit movies, timeless classics and exclusive Originals - there’s something for everyone. Only £7.99 per month, or £79.90 per year.

for an annual subscription

Founded in the 1920s, The Walt Disney Company has become a household name around the world, spawning iconic characters and popular franchises since its creation.

Since its UK launch in 2020, Disney+ has become one of the country’s leading streaming services and is home to movies and shows from Pixar, Marvel, Star Wars, National Geographic, and more.

Why stream with Disney+?

When you invest in the Disney+ streaming service through Quidco, you won’t just be able to watch original series and timeless classics, you’ll also receive cashback while you do it!

Disney+ has extensive collections of some of the most well-loved animated series, superhero franchises, and classic children’s films on any streaming platform, all in an ad-free experience.

If you’re looking for a superhero movie marathon, Disney+ has the most extensive collection of Marvel films that can be found on any streaming platform. Films available to steam include Avengers: Infinity War, Black Panther, and Iron Man 3.

They have also recently added to their live-action offerings with films such as Jessica Jones and Luke Cage.

Dedicated fans can also watch behind-the-scenes content, with documentaries like Marvel Studios Assembled that go into how the shows are created and developed, following the crew members and cast during the production of shows such as WandaVision, The Falcon and the Winter Soldier, and Loki.

With nearly every film from the Marvel Cinematic Universe in its roster (apart from The Incredible Hulk, Spider-Man: Homecoming, and Spider-Man: Far From Home) there is something for even the most avid Marvel fan.

Disney+ should be the first port of call for fans of Star Wars, as the streaming platform has all of the original trilogy available to watch, as well as The Force Awakens and The Last Jedi.

On top of this, there are a number of original series from the Star Wars universe that are also available to stream including the immensely popular The Mandalorian.

The home to classic films that have been a staple of cinemas and living rooms for decades, Pixar Animation Studios is at the forefront of children's animated movies.

Disney+ has a huge collection of Pixar feature-length films ranging from long-standing fan favourites such as A Bug's Life and Monsters, Inc. to more recent releases that have been equally well-received such as Toy Story 4 and Finding Dory.

Anyone looking to revisit some classics from their childhood or discover something new won’t be disappointed when browsing through the Pixar section of Disney+.

Disney+ has a whole host of National Geographic movies and shows that will provide entertainment and education for hours. For those interested in history, current affairs, or nature, there is a huge selection of content curated for an unmatched viewing experience.

5 ways to make the most of your cashback

Keep up to date with the latest releases

With a 12-month subscription to Disney+, you’ll not only have access to the wide array of options already on the platform, but you will be able to keep up to date with any releases up to a year after you begin your subscription, and even longer if you renew it.

This means new episodes of your favourite series, the next instalment of your best-loved film, and brand new originals that haven’t been released yet.

Watch on up to four screens simultaneously

A Disney+ subscription gives you the ability to watch via multiple screens at once using one account, with up to four other people. You and your family or friends can watch different programmes at the same time, interruption-free.

Add up to seven different profiles

Having up to seven different profiles available means there will be no clashes if people are watching the same programmes or films at different times and everyone with a profile will get individual suggestions based on their viewing history, making it easier to find more of the content you’ll love.

Find something for children and adults

With the huge variety of content available on Disney+ there is something for all age groups, meaning that kids and adults alike can take advantage of what the streaming platform has to offer.

There is also a robust parental controls system including dedicated profiles for children meaning you can be safe in the knowledge that younger viewers won’t stumble onto any content aimed at an older audience.

You can use GroupWatch to watch any title in the Disney+ library virtually with your friends and family. GroupWatch will automatically sync your streams so that everyone in your group can watch together, even when you’re apart.

This will make it easier for you and friends to get the experience of watching something together,

A Disney+ subscription costs £7.99 a month if you pay monthly, but if you want to take out an annual subscription it will cost you a one-off payment of £79.90 - which is a yearly saving of over £15.

If you want further Disney+ savings, the option to take out a yearly subscription through Quidco will entitle you to further discounts in the form of £10 cashback from your purchase.

What devices are supported?

Is there any commitment when signing up for Disney+?

There are no commitments and you can cancel Disney+ at any time, effective at the end of your current payment period. Just follow the below 5 easy steps: