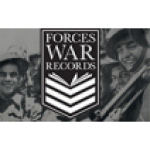 Save money whilst shopping with Forces War Records cashback! Simply click get cashback, shop as normal and earn rewards in your Quidco account.

Forces War Records is a military genealogy website with over seven million Commonwealth named records and currently adding over 200,000 records a month from offices based in the UK.

Our UK Based records transcription team are continuously adding accurate information and historic documents to the website with the aim of making the quest into genealogy a fruitful one. As well as records concerning World War One, Forces War Records also hold databases on World War Two, The Crimean War, Boer War, African Wars, Indian Mutiny, and the Napoleonic Wars (including Waterloo and Trafalgar.)

Is your family part of the forces of freedom that gave us the world we know today? Find out by signing up for a free subscription at Forces War Records. You will not receive any promotional material or advertisements or run into any paywalls unless you want to access upgrade-exclusive features.

With a free trial, you can get a feel for what your grandparents and great-grandparents did during World War II and World War I. Millions of men and women were instrumental in keeping British sovereignty, so you might get multiple hits when you type in a name, even if you’re looking in the same locales.

You can save potential matches, read wartime articles and diaries, make use of Forces War Records’ community forums, and learn about basic genealogy. Enjoy all this and more with the freedom to upgrade with a one-time payment.

With a basic, free account, they will grant you access to Hitler’s Black Book, over two million records that are not available anywhere else online, and many exclusive historical documents. Read war telegrams and military correspondence in morse code and handwritten and typewritten letters.

You can subscribe to Forces War Records in three tiers: Free, Annual, and Monthly. A free subscription will grant you access to many broad-strokes resources, which should be enough to paint you a picture of the military careers of your family. An annual subscription will give you access to exclusive documents and records from Forces War Records researchers.

Monthly and annual subscriptions will also give you exclusive discounts reserved for members and access to the ORBATS mapping tool, allowing you to see where your ancestors fought during World War I.

You can search for your grandparents’ war records on the Forces War Records’ Facebook page. However, for exclusive content that’s not available in the Commonwealth War Graves Commission, National Archives, or the Armed Forces Memorial roll of honor, you’ll need a subscription and the Forces War Records iOS or Android app.

For further savings on your Forces War Records subscription, sign up with a cashback from Quidco. Sign in to your Quidco account, navigate to the top of the page, and look for the cashback links. Click on ‘Get cashback,’ which will take you to the Forces War Records website.

Click on a subscription you want and complete your order. We’ll track your purchase and deposit your cashback directly into your Quidco account.

If you’d like to earn cashback on finding out more about your history, check out sites Ancestry and Findmypast, who have also teamed up with Quidco to offer exclusive cashback offers to their customers.