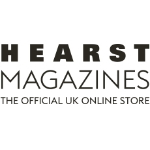 Save money whilst shopping with Hearst Magazines cashback! Simply click get cashback, shop as normal and earn rewards in your Quidco account.

Hearst Magazines UK is the largest digital publisher in the UK. Its reach extends to one in three UK women and one in four UK adults.  The portfolio comprises 20 magazines and 20 digital properties.

Hearst Magazines distributes printed magazines and digital copies worldwide. When you subscribe online, they will give you instant access to a digital copy then ship a printed version to your address. Their subscription fees vary with titles and may also include taxes and shipping fees, depending on your location.

Get Hearst Magazines cashback from Quidco

To take advantage of our cashback offer, head to the links at the top of this page. Click ‘Get cashback’ and we’ll take you to the Hearts Magazine website. Once there, shop as normal — choose a magazine to subscribe to. Once you’ve made your order, we’ll track and process your cashback before sending the money into your Quidco account.

Once you receive your cashback, you can wire it to your PayPal or bank account and use it to make future purchases through the Quidco cashback program.

Founded by William Randolph Hearst in 1887, the company has grown from a small newspaper in San Francisco (initially the San Francisco Examiner) to the largest publisher and distributor of magazines and digital content in the world. Currently, there are over 100 editions of Hearst Magazines in over 100 countries.

Where is Hearst Magazines located?

The magazine’s headquarters is at Hearst Tower in New York City. Over 18,000 employees work on over 16 monthly publications. The Cosmopolitan, The Oprah Magazine, Elle, Esquire, Red, Good Housekeeping, Women’s Health, Men’s Health, and House Beautiful are some of its popular titles.

In the UK, the publisher operates as the National Magazine Company Limited from its London office. Nat Mags controls over 25 print titles with a monthly circulation of over 4.7 million. It also has over 20 digital assets, with over 20 million monthly users. Hearst Magazines also has an office in Taipei, Taiwan.