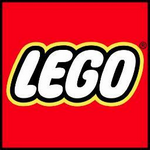 Save money whilst shopping with LEGO cashback and deals! Simply click get cashback, shop as normal and earn rewards in your Quidco account.

LEGO Friends and playsets are some of the most popular in the world. Every second, there is an average of seven LEGO sets sold by retailers internationally, so it’s no surprise you can buy LEGO in various locations, including big brand stores like Amazon, Hamleys, and more.

The best way to score LEGO deals and other LEGO discount codes is to subscribe to the LEGO store mailing list. Subscribers are the first to hear about new exclusive products and score LEGO promo codes for upcoming LEGO sales and events at the company’s stores.

As you’ll know, LEGO is one of, if not the most popular toys in the world. Although it’s hard to tell the exact number, estimates by experts show that there are at least 15,500 LEGO sets in creation.

Many of these stem from the increase in properties that LEGO has access to. It’s not uncommon to see LEGO figures from your favourite films, like LEGO Harry Potter, along with the more traditional LEGO house or LEGO train sets.

The most prolific LEGO set comes from the LEGO “Star Wars” universe. The Millennium Falcon set claims the title of not just the biggest LEGO set, but the most detailed as well.

The LEGO Star Wars Millennium Falcon model comes with a whopping 7,541 pieces. When finished, the LEGO Star Wars model is more than 33 inches long, 8 inches high, and 22 inches wide. If you make the splurge on the model during one of the LEGO sales periods, you’ll also get four LEGO mini-figures of Han Solo, Chewbacca, Princess Leia, and C-3PO.

Another fan favourite, for kids and adults alike, is LEGO Harry Potter. If you’re a fan of the franchise, make your favourite wizards and witches come to life. If you can think of a famous character or place in the series, it’s more likely you can make it out of LEGO.

Revisit the famous with LEGO sets of the Whomping Willow or 4 Pivet Drive. Or spend some quality time with your children creating the whole of Hogwarts Castle. When Christmas rolls around, try something new this year. Instead of chocolate, how about a Harry Potter advent calendar. Each date comes with its own piece, and by Christmas day, you’ll be able to finish the whole set.

With thousands of LEGO sets and models on the market, it’s hard to go wrong when shopping for your next LEGO kit.  Quidco is here to help you maximise your LEGO cashback deals, so you can score even more savings when you’re picking out a LEGO train for you or a loved one.

To participate, head to the top of this site and click ‘Get cashback.’ Once you’re on the LEGO site, shop for whatever LEGO sets that catch your eye. After you’ve made the purchase, Quidco will track your LEGO cashback and process your savings by sending it back to your Quidco account.