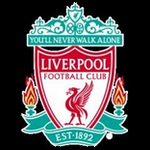 Save money whilst shopping with Liverpool FC cashback! Simply click get cashback, shop as normal and earn rewards in your Quidco account.

Liverpool Football Club was founded in 1892 and has played its home games at the world famous Anfield ever since.

The Club has won 18 League Championships, 5 European Cups and numerous other trophies to become England's most successful team and has been represented by a host of footballing Legends.

Liverpool Football Club's fans have a reputation for being passionate and knowledgeable and Anfield is home to The Kop, one of world football's most iconic stands.