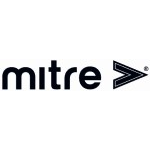 Save money whilst shopping with Mitre cashback! Simply click get cashback, shop as normal and earn rewards in your Quidco account.

Football is a cultural movement. For some, it’s a source of utmost happiness. For Mitre, it’s way of life. That ball you kicked on your first day of school? It’s one of a million-odd success stories the Mitre team worked on together to bring a product - and with it, a passion - to life.

With 200 years of footballing know-how Mitre was there for the game back then, we are here for it now. With the fans, on the terraces, in all weathers. On the pitch, at the training ground or down the pub. Purists, pundits, enthusiasts. Perfection is a tough job and we settle for nothing less. Football is played out of passion, dedication and commitment - and our craft is the sum of the history, emotions, thoughts, possibilities that live on in the game.