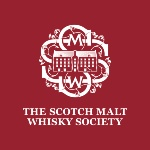 Save money whilst shopping with The Scotch Malt Whisky Society cashback! Simply click get cashback, shop as normal and earn rewards in your Quidco account.

About The Scotch Malt Whisky Society

The Scotch Malt Whisky Society is a club unlike any other. As well as being a place to connect with other like-minded whisky lovers, we are also internationally renowned for our mission: to provide our members with an adventurous and fun journey of discovery of the world's widest collection of single cask whiskies.

for Bonkers for Conkers collection purchases

Walk into any bar these days and look at the bulging shelf of whiskies on display and it’s pretty much impossible to imagine what it would have been like in the early 1980s – but it would have been a very different scene, and a very bare shelf, by comparison.

In the late 1970s single malt Scotch whisky was hard to come by outside of a few of the bigger names such as Glenfiddich and Glenlivet. Most of any distillery’s product was passed on to blenders to be mixed with grain whisky, providing the world its Johnnie Walker, Ballantine’s, Bell’s, Grouse or Teacher’s.

Whisky taken from a single cask was unheard of.

That was until a group of friends in Edinburgh discovered how much better the drink tasted when it was drawn straight from the cask, without any form of blending, filtration or dilution.

As word of mouth spread about their discovery and the group started to source more single casks from different distilleries, they decided to form a club to allow other people to discover the complexity and flavours of single cask single malts.

The Scotch Malt Whisky Society (SMWS) was born, and the year was 1983.

Since then, the SMWS has been sharing the whisky love with a growing membership of adventurous and curious enthusiasts who have come to appreciate not only the craft and individuality of single malt bottlings, but the opportunity to discover, learn, appreciate and discuss their experiences in a club full of kindred spirits.

Over 35 years on, the Society now has around 26,000 members in the UK and around the world, three Members’ Rooms in Edinburgh and London, a network of international branches from the US to Japan, China and Australia and beyond, and around 100 specially chosen partner bars.

As well as offering members access to around 25 new single cask malts every month, the Society has a programme of tasting events, pop-up bars, a presence at whisky festivals around the world and an award-winning members magazine, Unfiltered.

From humble origins in Edinburgh, the SMWS is now the world’s leading whisky club but the ethos of sharing and appreciating the world’s best whisky hasn’t changed. Whether it’s in person at The Vaults in Edinburgh or a member from halfway across the world the Society has always been as much about bringing people together as it’s been about whisky.

Everyone’s invited to join in because we know our whisky discoveries taste even better when shared.